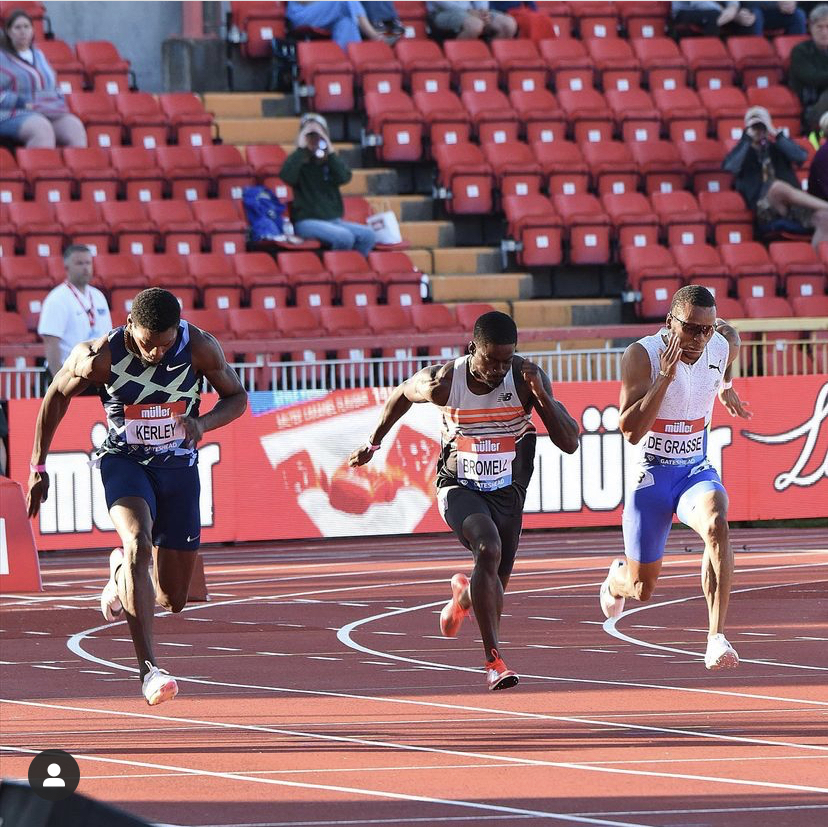 13th July 2021 – The final World Athletics Diamond League prior to the Tokyo Olympics took place in Gateshead, UK on Tuesday night.  In stark contrast to the weather for the previous Gateshead meeting, the sun shone and allowed the athletes to post some strong performances.

After a disappointing run in Monaco four days earlier Trayvon Bromell (USA) showed it was just a blip as he was back to winning ways here.  Crossing the line in 9.98 seconds Trayvon was the only man to run under 10 seconds.  Fred Kerley (USA) followed Trayvon home in fifth although he was given the time as third.

Shamier Little (USA) ended a solid series of European races with second in the 400m hurdles.  Vincent Kibet (KEN) did a good job pacing the men’s 3000m to the 2k mark which led to a new meeting record and world leading time being set.

In the aforementioned Monaco meeting both Ciara Mageean (IRL) and Winny Chebet (KEN) set seasons bests in the 1500m to show they are rounding into shape at just the right time for Tokyo.  Ciara finished fifth in 4:02.48 and Winny just behind in seventh with 4:02.77.