PACE Sports Management is a sports management and marketing company working with some of the biggest names in the world of sport. We provide three core services – Performance Management, Commercial Management and PR Management.  Our aim is to help talented athletes achieve their athletic potential and to maximise their financial capability throughout their career. PACE Sports Management athletes consistently win Olympic and World titles, major road races and marathons, and break world records. We have negotiated some of the biggest deals in the history of the sport, both on and off track. 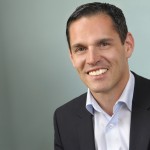 Ricky is widely recognised as one of the leading sports agents in the world.  He has been listed in Sports Business International’s Top 20 Most Influential sports agents in the world; named three times in the Top 20 most influential people in athletics in the UK; listed in London’s 1000 Most Influential people; was awarded a European Athletics Association Coaching honour for services to athletics and the Athletics Kenya Agent of the Year award.  He is a Board member of the Association of Athletics Managers (AAM) and an IAAF authorized and licensed Athlete Representative.  A former Irish middle distance runner Ricky obtained a BA (Hons) Sports and Leisure Studies, a PGCE in Physical Education and an Honorary Doctorate  from the University of Ulster in Jordanstown. 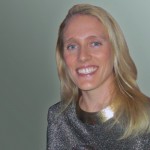 With a Master’s degree in Business and Economics from the University of Hohenheim, Germany Marion has worked in sports marketing since 1997.  She started her career in the Sports Marketing Department of Mercedes-Benz at their headquarters in her home town of Stuttgart. Marion has a passion for Track & Field having competed internationally for Germany in middle distance running and has the distinction of competing on the first ever unified German team in Honolulu in 1989. She is an IAAF authorized and licensed Athlete Representative.

A chartered accountant by trade Duncan has worked in sports management since 1983.  He was a partner in Kim McDonald International Management and was instrumental in developing the careers of Kenyan legends Moses Kiptanui and Daniel Komen.  As an athlete he ran 2:20 in the marathon and continues to pass on his wealth of knowledge as a running club coach in his native England.  In addition to his interests in PACE Duncan consults for other companies and owns his own accountancy practice. 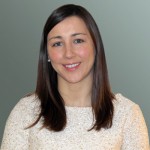 Grainne O’Dea
Grainne is a former Irish middle distance runner and scholarship athlete at the University of South Alabama where she obtained an Undergraduate degree in Physical Education and a Masters degree in Exercise Science.  She has been working in sports management since 2006. 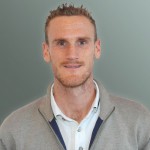