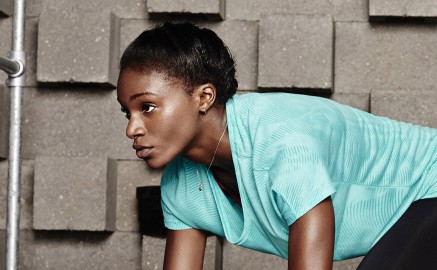 The John Blackie coached athlete placed 2nd to European Champion Dafne Schippers (NED), who she beat two weeks ago at the Great CityGames in Manchester, to move to 8th on the world list for 2015. For 19 year old Asher-Smith it is only her second race of the outdoor season having recent completed her first year exams at Kings College in London and shows that she can run faster later in the year. Speaking to reporters after the race Dina said, ““It went in a bit of a blur but I remember finishing and I wasn’t completely happy with it because my start was alright but it wasn’t as good as it was in Manchester and the end bit I felt like I kind of tightened up and lost my form so I was a bit annoyed,”

“At first I was a bit like ‘that wasn’t too good’. I was looking at Dafne’s time and I was like ‘that’s amazing’, but I knew that I was nowhere near so I was like ‘oh, what a missed opportunity’! Then my time flashed up and I was just absolutely over the moon. I really, really wasn’t expecting to have run that time with the kind of race I ran so I was really happy.

“I think it being May it’s kind of a good point for me to hopefully be able to go faster later in the season. I’ve got quite a few things to work on in the race so I think that points to me being able to replicate it and maybe do a bit better later in the season, who knows. It’s mainly that it wasn’t the perfect race.”

At the IAAF World Challenge meeting in Dakar Magdalyne Masai (KEN) improved her 3000mSC PB to 9:31.55 to take the biggest track win of her career.