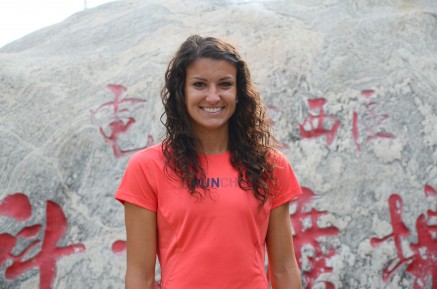 18th May 2017 – Jenna Prandini (USA) and Matthew Centrowitz (USA) were in fine midweek form as they both secured race victories.

At the Guadeloupe International, Jenna took the sprint double running 11.25 seconds and 22.70 seconds for the 100m and 200m respectively. Schillonie Calvert-Powell (JAM) placed fifth in the 100m. Also in Guadeloupe Ristananna Tracey (JAM) finished strongly in the 400m hurdles but was just unable to get up to take the win but still placed second in 54.56 seconds, the second fastest time in the world this year.

At the USATF High Performance Meet in Eagle Rock, there was a battle between Olympic champions Matthew and Sir Mo Farah (GBR) over 1500m. A fantastic race was won by Matthew on this occasion in 3:33.41 with Mo just behind in 3:34.19. Tom Lancshire (GBR) who has been in the US training was eighth in the second section in 3:41.10.

Andrew Osagie (GBR) made another step forward in his return to racing by running 1:46.93 to take place third in the 800m. Michael Rimmer was twelfth in 1:48.83.

American record holder Shannon Rowbury (USA) led right up until a few metres from the line, agaonizingly missing the victory in the 1500m but still took second in 4:07.17. Laura Roesler (USA) stepped up to the 1500m and by running 4:12.93, set a new PB by over 5 seconds.