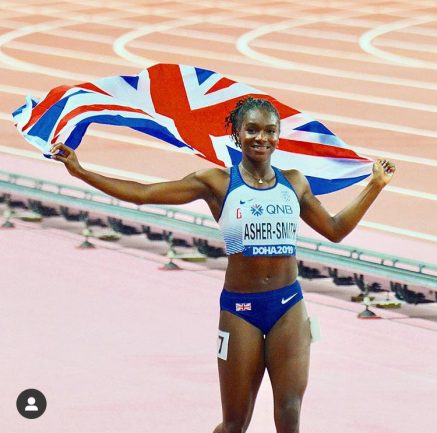 21st November 2019 – Following the performances that saw her win the World 200m title and a World 100m silver medal, both in British record times, Dina Asher-Smith has been crowned The Sunday Times 2019 British Sportswoman of the Year.

Dina, who was presented her trophy by 2013 winner and fellow PACE athlete Christine Ohuruogu, told the star-studded audience assembled that her goal for next year was simple, and that it is to run faster again!

Dina becomes the first person ever to win this prestigious award two years in a row.