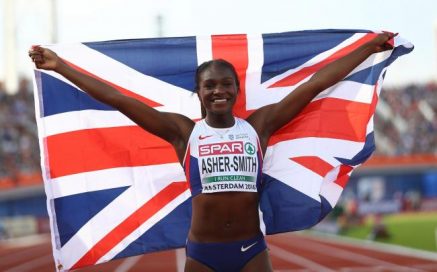 3rd May 2019 – If the season finishes as it began for Dina Asher-Smith (GBR) and Hellen Obiri (KEN) there will not be any complaints. The Khalifa International Stadium in Doha will host the IAAF World Championships later this year and it also welcomed the opening round of the 2019 IAAF Diamond League.

Dina dominated the women’s 200m, making up the stagger around the bend and continuing to move clear up the straight to win in a world leading time of 22.26 seconds and over half a second clear of the runner-up.

Hellen set her Kenyan 3000m record in this meet five years ago and despite having just one month to transition from winning her World Cross Country title was straight back up to speed. Winny Chebet (KEN) assisted with pacing duties that saw the field pass 1k in 2:50 and 2k in 5:52. Hellen took the lead at the bell and with a 60.9 last lap held off all challengers to win a new world lead of 8:25.60.

Training partners Bethwel Birgen (KEN) and Vincent Kibet (KEN) rounded off a good night for PACE athletes as they gave a strong account of themselves in the men’s 1500m. Running well tactically allowed them to move through the field and into contention over the final 300m. Bethwel finished third in 3.33.12 and Vincent just half a stride behind in fourth in 3.33.21.