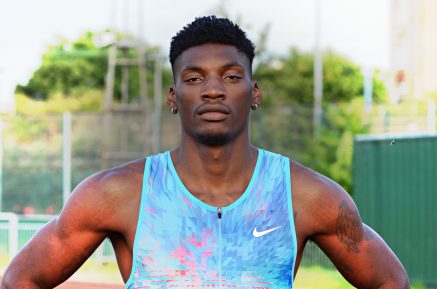 Bethwel controlled the men’s 1500m once the pacemaker had dropped out at 800m but had to work hard to hold off the challenge of a fast finishing Vincent Kibet (KEN). The great friends and training partners repeated the 1-2 they achieved in this meet in 2015 (in Birmingham on that occasion) recording times of 3:37.76 and 3:37.88 respectively.

It was a special day for Fred as he took his first international victory with a very composed 400m display. Looking relaxed and smooth throughout Fred eased away from the field over the final 100m, winning in 45.86 seconds.

In the women’s 1500m Winny Chebet (KEN) showed her trademark fast finish as she moved from fifth to third in the home straight and recorded a time of 4:08.33.

Bethwel, Vincent, Fred and Winny all now head to this weeks IAAF World Indoor Championships in fine form and full of confidence.

One athlete who has chosen to miss the World Indoors is Dina Asher-Smith (GBR) as she has chosen to focus on the Commonwealth Games later in the year. However, during two 60m races here Dina showed she could be a match for anyone as she convincingly won her heat in 7.08 seconds and then was narrowly edged into second in the final in 7.09 seconds. Stephanie Twell (GBR) will also be heading to the Commonwealth’s and she had a good workout here running 4:13.09.