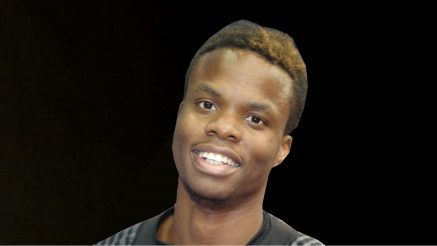 4th February 2018 – Bralon Taplin (GRN) moved to fifth on the all-time list for 400m indoors with a brilliant run at the Charlie Thomas Invitational in Texas.

Dominating the race from start to finish Bralon went through 200m in 21.5 seconds and only moved further away over the second lap before crossing the line in 44.88 seconds.

At the same meeting Shamier Little (USA) ran her first ever 300m indoors or outdoors and posted a fast 36.98 seconds.

Elsewhere on the boards the middle distance trio of Andrew Osagie (GBR), Bethwel Birgen (KEN) and Winny Chebet (KEN) all had solid outings at the first stop of the IAAF World Indoor Tour in Karlsruhe and Schillonie Calvert-Powell continued her racing programme at the Milrose Games in New York.

Galen Rupp (USA) made a rare appearance on the cross-country circuit at the US National Championships, but showed he is in good shape and his preparations for the Boston Marathon are going nicely with a second place finish.