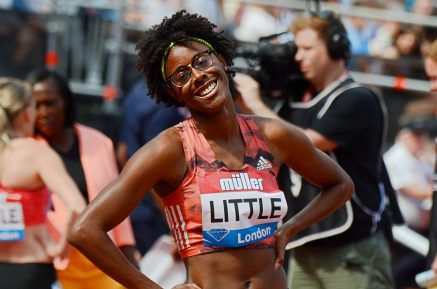 1st June 2021 – There was further evidence of the progress being made around the world as several high-profile Athletics meetings took place over the weekend and PACE athletes were heavily featured in them all.

At the latest round of the American Track League in Jacksonville, Shamier Little (USA) took her world leading 400m hurdles time down further as she notched up another victory in 53.12 seconds, the second fastest time of her career.  At the same meeting Trayvon Bromell (USA) took second place in the 200m with 20.20 seconds.

Conditions at second round of the World Athletics Diamond League in Doha could not have been more different to those in the opening event in Gateshead and the athletes shone in the sun.  Fred Kerley (USA) ran his first 400m of the season and placed third in 44.60 seconds.  World 5000m Champion Hellen Obiri (KEN) has won on several previous occasions in Doha, including her latest world title, but she had to settle for fourth on this occasion in the 3000m with a time of 8:33.98.  Having missed some training while he recovered from a car accident, Bethwel Birgen (KEN) ran well to take fifth place in the 1500m with training partner Vincent Kibet (KEN) just behind in seventh.  They clocked 3:33.64 and 3:36.15 respectively.

Over the other side of the world at the Portland Track Festival, Galen Rupp continued his Olympic preparations by running his first track race for four years and took fourth place in the 10,000m in 28:00.37.  Olympic 1500m Champion Matthew Centrowitz (USA) ran his fastest 800m for six years when taking fifth place in 1:46.23.