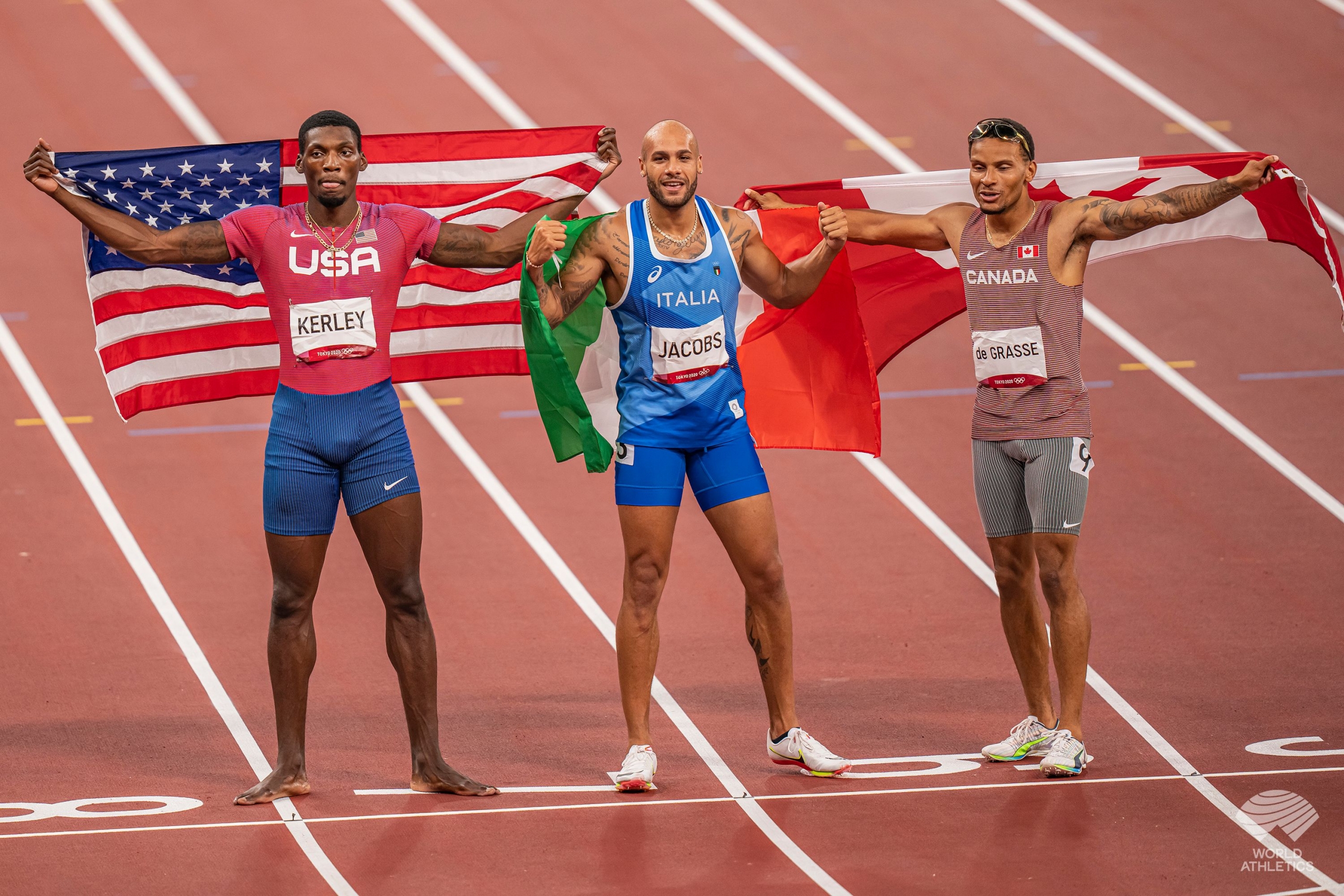 1st August 2021 – Eyebrows were raised when earlier in the season Fred Kerley (USA) announced he would be focussing on the 100m and 200m this year as having won the World Champions bronze medal over 400m in 2019 many people questioned why!

However, when you have the talent and confidence of Fred there should never be any doubts and he answered everyone in the best way possible with a series of excellent 100m races in Tokyo.  Round 1 saw Fred finish second in his heat with a time of 9.97 seconds and an automatic qualifier.  Fred then won his semi-final in 9.96 seconds and waltzed into the final.  He saved his best for last as ran a new personal best of 9.84 seconds in the final itself and won the silver medal.

US Champion Trayvon Bromell (USA) missed out on the final by 1/1000th of a second having finished third in his semi-final.