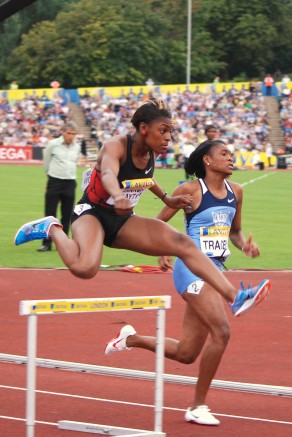 Mo Farah, Christine Ohuruogu, Vivian Cheruiyot and Perri Shakes-Drayton were the winners in the two day Aviva London Grand Prix in rainy conditions at Crystal Palace. 2011 World Champion Farah showed good closing speed to win the 5000m in 13:06. In heavy rain Olympic Champion, Ohuruogu, who seems to be getting better and better with every race, won the 400m in 50.42 secs. Triple World Champion Cheruiyot took the 5000m in a comfortable 14:48 while British Champion Shakes-Drayton smashed her personal best to win the 400mH in 53.77 secs, the 2nd fastest time in the world this year and 2nd fastest ever by a British athlete.