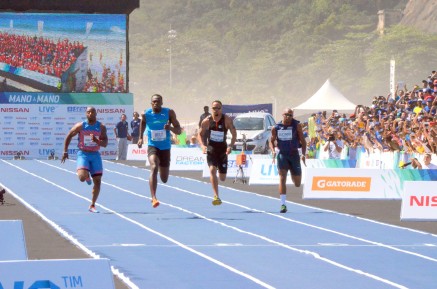 17th August – For the second year in a row Olympic Champion Usain Bolt (JAM) won the Mano a Mano race in Rio.

Running on a specially constructed 4 lane track that was situated on the iconic Copacabana Beach, Usain was able to take victory in 10.06 seconds despite this being his first individual 100m race of the year. Speaking afterwards Usain said “I had a poor start but I regained some of my poise later in the race. I felt a bit heavy, and I need to compete in more races… I will be in better shape after that.”