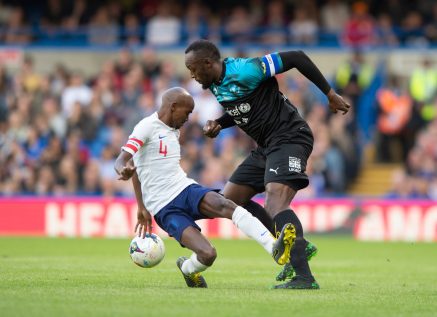 16th June 2019 – Usain Bolt (JAM) and Sir Mo Farah (GBR) were both named captains for their respective teams as a Rest of the World XI took on an England XI for this year’s SoccerAid event.

The teams were made up of stars from the football, music, and celebrity scene with the match played at Stamford Bridge, the home of Chelsea FC.

The game was an entertaining affair, with Mo leading his side for the 45 mins that saw them race into a 2-0 lead. Just before half time the Rest of the World got themselves back in the game and it was a wonderful finish from Usain himself (past ex-England goalkeeper David Seaman after a mistake by ex-England defender Jamie Carragher) to make the score 2-1.

Ultimately though the night was about charity and (to date) £6.7 million has been raised for UNICEF.