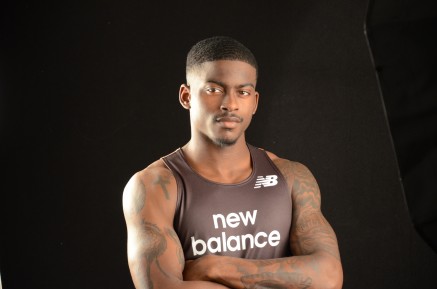 14th February 2021 – It was another busy weekend for PACE athletes as they ran races on three continents and four surfaces but as always with high success.

Leading the way again was Trayvon Bromell (USA) who returned to winning ways over 60m at the third leg of the World Athletics Indoor Tour in New York.  Already well known for his electric start, it was his finishing speed on this occasion that caught the eye as he opened a gap in the second half of the race to win in 6.50 seconds.  Also running over 60m in New York was Jenna Prandini (USA) and she duly recorded her fastest time for six years as she took fourth in 7.19 seconds.

Still in the US but on an outdoor track in Arizona, Sinclaire Jonhson (USA) won her second race in eight days as she controlled her 1500m from the front and ran a strong last lap to take the win.

There was a switch of surfaces for Bethwel Birgen (KEN) as he moved onto the roads for a 5km in Monaco.  Bethwel acquitted himself well against Ugandan World Record holder Joshua Cheptegei to take second place in a PB of 13:18.

To complete the full set of surfaces, Hellen Obiri (KEN) ran the fastest female leg in the mixed relay at the Kenyan Cross-Country Championships to help her KDF team take the title.