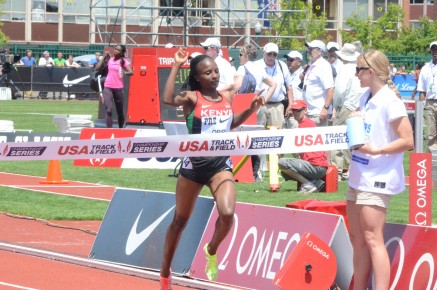 In an historic race over 3000m at the XL Galen Indoor Grand Prix in Stockholm, Hellen Obiri (KEN) broke the Kenyan national record.

In a race which also saw Genzebe Dibaba break the world record, Obiri went with the early pace and held her form over a tough last 500m to run 8:29.99, the 9th fastest ever time indoors. Obiri broke the record which was held by fellow PACE athlete and former Laureus Sportswomen of the Year Vivian Cheruiyot.

Also in Stockholm, the ever consistent Bethwel Birgen (KEN) ran a seasons best of 3:35.3 to take third in the 1500m and Jeremiah Mutai (KEN) ran an indoor pb of 1:46.77 over 800m for fourth. All three athletes will be looking for selection to the World Indoor Championships in one month.