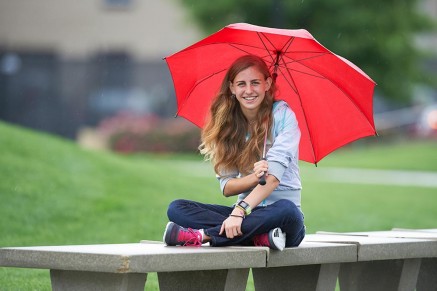 After a spectacular track season in which she became the youngest athlete to represent Team USA in the World T&F Championships, Mary Cain today announced that she will become a professional athlete.

The American high school star had an exceptional year in 2013 setting three American Junior Records in the 800m (1:59.51), 1500m (4:04.62) and indoor mile (4:28.25). Her 800m time made her the first youth, junior or high school American female to break the 2 mins barrier. Her indoor mile time was a World Youth Best. Mary also set US National High School records indoors in the 1500m, 3000m and 2 miles and outdoors in the 5000m. She won the USATF Indoor mile title in Albuquerque in March and finished second in the 1500m in the USATF Championships in Des Moines in June to earn her place on the World Championships team for Moscow. In Russia, the 17 year old showed maturity beyond her years to qualify for the final and to finish 10th in the World Championships 1500m.

Mary is currently in her final year at Bronxville High School in New York and will graduate in 2014. Speaking from Monaco where she has been invited to attend the prestigious IAAF World Athletics Gala, Mary said, “For the past couple of months, my family and I have been debating whether I should compete at a collegiate or professional level going forward. I have decided, and am truly excited to announce, that I will be turning pro. I believe that, in the long run, this is the best way for me continue to develop as an athlete.”

Mary’s parents, Charles and Mary, have been extremely supportive since the beginning of their daughter’s career and were by her side every step of the way as she made this decision. “How to proceed was always going to be a difficult choice. Mary is a straight A student and will be pursuing a college education while competing. This remains a priority and we think this approach is the best way to balance her educational and athletic goals”, said her father Charles.

Mary has hired Ricky Simms of PACE Sports Management as her agent and will continue to work with Alberto Salazar as her coach. Other PACE Sports Management clients include the six times Olympic Champion and world’s fastest man, Usain Bolt, Olympic and World Champions, Mo Farah and Christine Ohuruogu, as well as a host of the world’s top athletes. Alberto Salazar, a legend of US distance running and head coach of the Nike Oregon Project, guides the careers of Mo Farah, Olympic and World Championship medallists Galen Rupp, Matthew Centrowitz and most recently Shannon Rowbury.

8 in a row for Galen