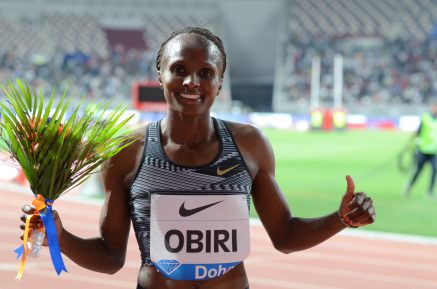 25th September 2020 – If Hellen Obiri (KEN) had to choose only one city in which to run her races, the chances are Doha could well be her choice.

One year after she won the World 5000m title in the Khalifa International Stadium, she returned to the Qatar Sports Club just across the city to win the 3000m at the final World Athletics Diamond League meeting of the season.

Fellow PACE athlete Winny Chebet (KEN) led the high-quality field through halfway in 4:13 before moving aside and leaving Hellen to control the race.  Despite being headed into the final lap, Hellen kicked hard with 350m left to run and moved into the lead which she did not relinquish again.  Her winning time of 8:22.54 was her second fastest ever, only behind her African record of 8:20.68.

On top of her World Championship title this was also the third time Hellen has been victorious at the Doha leg of the Diamond League.