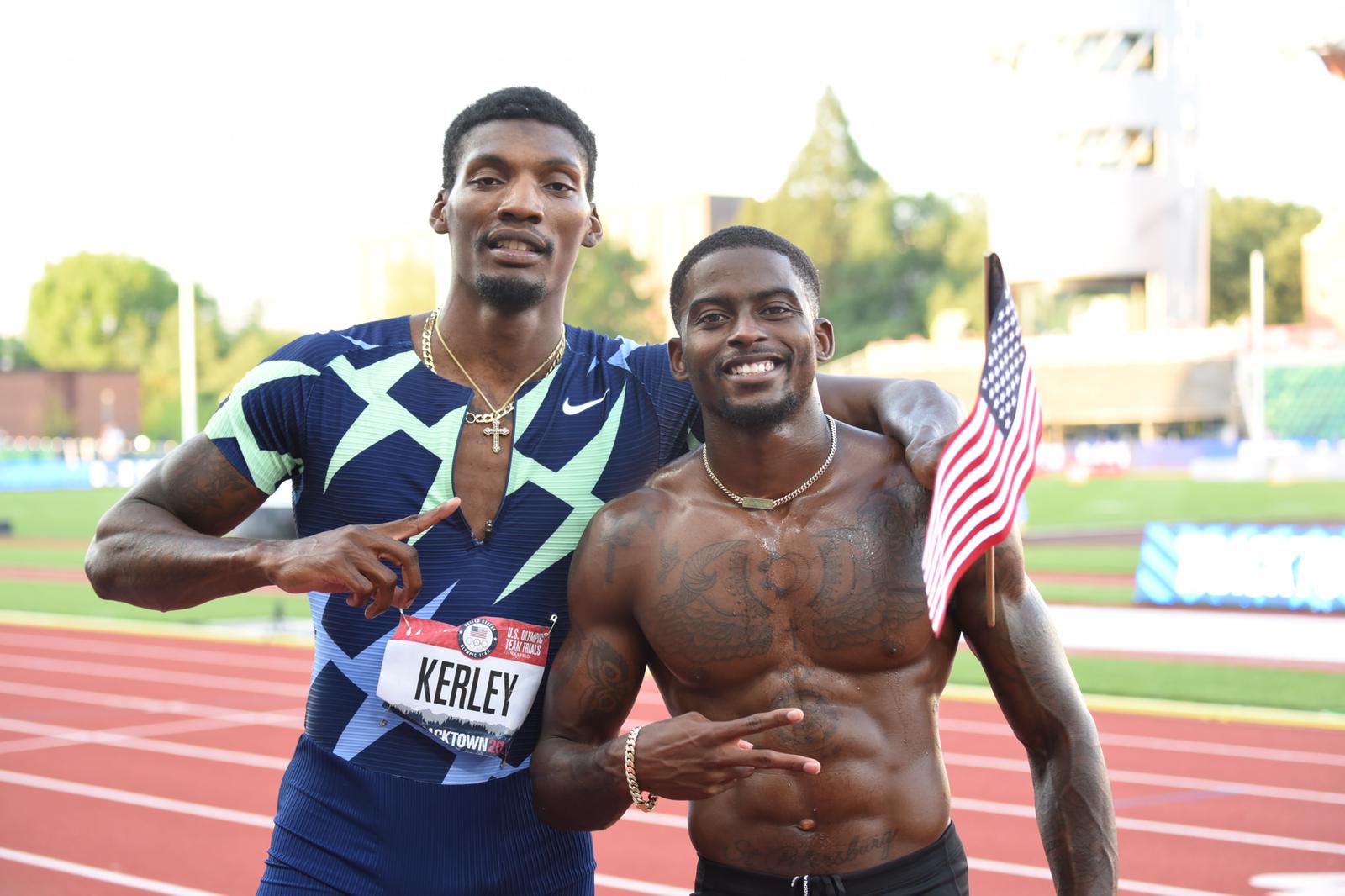 20th June 2021 – The long-anticipated Tokyo Olympic Games are now a mere 5 weeks away.  However, athletes across the world are still having to compete to win their places at the greatest show on Earth.

Two of the most competitive areas to earn an Olympic birth are on the US sprints team and the Kenyan distance team. However, PACE will be well represented in both after some exceptional performances at the US and Kenyan trial events.

In the US, Trayvon Bromell (USA) did not let the pressure of being the event favourite get to him as he gave a textbook performance in the men’s 100m.  Winning his heat in 9.84 seconds, his semi-final in 9.90 seconds and then most importantly of all the final in 9.80 seconds, Trayvon put some tough years behind him to book his ticket to Tokyo.

Some eyebrows were raised when World 400m bronze medallist Fred Kerley (USA) scratched from that event to focus on the shorter sprints but Fred answered in the best way possible by joining Trayvon on the team.  Three more sub 10 second runs culminating in a PB of 9.86 seconds in the final saw Fred take third automatic place.

In the women’s 100m Jenna Prandini narrowly missed an individual spot by taking fourth place in 11.11 seconds.  However, this was enough for a spot in the relay pool and Jenna still has the 200m to contest, an event at which she is a two-time US Champion.

One athlete who had already earned his Olympic ticket was the Marathon Trials Champion Galen Rupp, and he showed he is good shape by contesting the 10,000m here and taking sixth place in 27:59.43.

At the Kenyan Championships in Nairobi, nobody did more running than World Champion Hellen Obiri (KEN).  On day 1 she took second place in the 5000m and then she returned on Day 3 to win the 10,000m and earn automatic selection for both events.  Hellen will be joined in Tokyo by Winny Chebet (KEN) who ran a good race to take second place in the 1500m.

This weekend sees the conclusion of the US trials and also the British and Jamaican Trials where more PACE athletes will be looking to seal their selections.