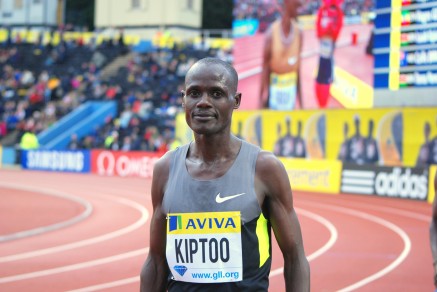 28th October 2018 – On a cool and blustery morning in Frankfurt, Mark Kiptoo (KEN) set a new Masters World Record for the Marathon.

The Masters category is set for athletes over 40 years of age and at 42 years young Mark is rewriting the record books. A former winner in Frankfurt, Mark ran with the lead group beyond the 30k point at 2:05 pace. Here the race began to splinter as the wind came into the faces of the athletes but Mark showed his experience and continued to run well to the end. Ultimately he took sixth place but was rewarded by setting new figures of 2:07:50. This added to the Master World Half Marathon Record (61:08) he set earlier this year.

At the Rennes Marathon, Duccan Maiyo was unlucky to miss out on a podium finish. He took fourth position but recorded his third sub 2:10 marathon by running 2:09:42.