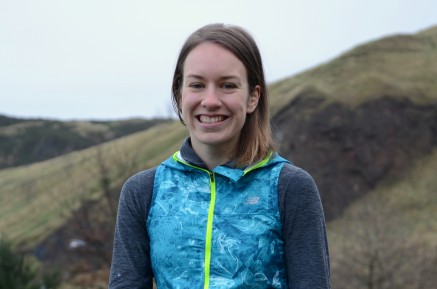 27th October 2019 – The tag line of the Frankfurt Marathon is ‘~runtheskyline’ and Steph Twell (GBR) certainly did that as she made a huge breakthrough around the streets of the German city.

In only her second marathon, Steph ran a well judged race with half splits of 72:54 and 73:46 to cross the line in 2:26:40. This gave her 8th place overall, made her the first European, secured an Olympic qualifying time, moved her to fifth on the British all-time list and broke the 22 year old Scottish record previously held by Liz McColgan.

Someone who does not lack marathon experience is evergreen Mark Kiptoo (KEN) where despite now being 43 years young he once again gave an excellent account of himself. Running with the leaders through 35k (63:30 at the halfway) Mark finally succumbed to a surge from his Ethiopian rivals but still clocked 2:08:09 for sixth place. This was an agonising 19 seconds outside his own World Masters best but he will look to challenge it again in the new year.

Frankfurt came a week after the Lisbon Marathon and Half Marathon where in the marathon event Hosea Maiyo (KEN) and Doris Changeywo (KEN) both took sixth places, running 2:08:55 and 2:42:43 respectively. In the half marathon Timothy Toroitich (UGA) ran a new PB of 60:53 for second place, closely followed by fellow countryman and good friend Thomas Ayeko (UGA) who was third in 60:56.