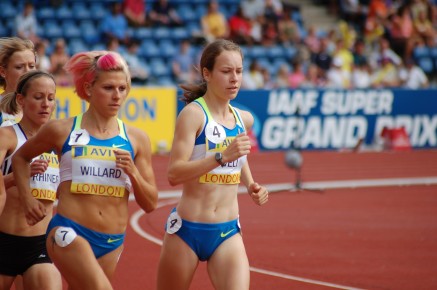 Navigating her way round the undulating Sutton Park course Steph ran 14:04 for the 4.3km course and contributed to her club team also taking the title.

At the Great Scottish Run in Glasgow, Mark Kiptoo (KEN) showed that his preparations for the Frankfurt Marathon are going well with a solid run which earned him third place. Running in a group of four for the majority of the race, the heavy mileage in Mark’s legs meant he didn’t quite have the speed over the final mile but his time of 61:34 (winner 61:25) is still very encouraging with Frankfurt now just 3 weeks away.

Mark will be joined in Frankfurt by Great North Run second place finisher Mike Kigen (KEN) and then just a week later Micah Kogo (KEN) will compete in the New York Marathon. Before this Jordan Hasay (USA), Emmanuel Bett (KEN), Thomas Ayeko (UGA), Linet Masai (KEN), and Doris Changeywo (KEN) are all due to compete on the roads.