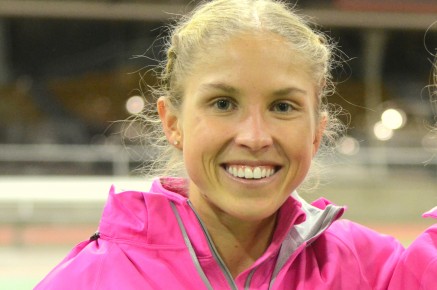 12th March 2017 – Jordan Hasay’s (USA) fantastic form on the roads continued as she won the Gate River Run in Jacksonville, Florida, an event which doubled as the US 15km Championships.

Jordan was always in contention as the lead group slowly whittled down in size and then made the decisive move on the Hart Bridge at around the 13km mark. From here she was never out of the lead and moved away from her rivals to cross the line in 49:28. After the race she said she has “been trying to run with more confidence. It’s about running with momentum. I put in a lot of hard training.”

The training is certainly paying off as the victory here added to the US 10 mile title she won before Christmas, the 68:40 half marathon she ran in Houston in January and keeps her moving towards her marathon debut in Boston in confident mood.

On the track, two of PACE’s Jamaican starts were in in action at the Greg Foster Classic in Kingston, Jamaica. There was an excellent victory in the 100m for Commonwealth Champion Kemar Bailey-Cole (JAM) with a time 10.06 seconds which is by far the fastest time he has ever run in March. Rio Olympic 400m hurdles finalist Ristananna Tracey (JAM) opened up over the flat 400m with third place in 52.77 seconds.