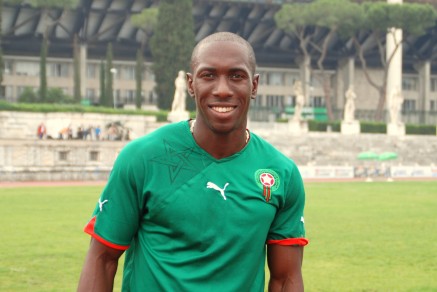 22nd October 2015 – Jamaican sprinter Marvin Anderson today announced his retirement from professional athletics. The 33 year old 200m specialist has been competing internationally for the past fifteen years and ends his career with personal best times of 10.11 secs (100m) and 20.06 secs (200m). Marvin won a silver medal in the 4x100m at the 2007 IAAF World T&F Championships in Osaka combining with Asafa Powell, Nesta Carter and a young Usain Bolt. Individually he placed 6th in the 200m final in Osaka and took silver in the Pan-Am Games in Rio de Janeiro the same year.

Speaking from Jamaica this afternoon Marvin said, “I want to thank everyone who supported me throughout my athletic career, it would not have been possible without your support. Although many would’ve liked to see me continue competing and try to participate in RIO Games, I must say it feels right to start a new chapter in life and I’m extremely blessed to be doing so knowing that I’m in a good place. Track and field has given me so much, I now look forward to giving back to this sport. Thank you all.”

Marvin, who was born in Trelawny in Jamaica, first came to prominence as a schoolboy at William Knibb High School. He finished 6th in the 200m at the 2000 IAAF World Junior T&F Championships in Chile. Competing for St. Jago he won the 100m and 200m at the 2001 Jamaican High School Championships and was voted Jamaican High School Athlete of the Year. He earned his degree in International Relations from the University of Southern California. The Bert Cameron coached athlete competed in the 2008 Olympic Games in Beijing and 2011 World Championships in Daegu. Slowed by injury problems in recent years Marvin got his Masters Degree in Marketing and Management. Marvin is a regular athletics commentator on radio and TV networks in Jamaica and across the Caribbean. He also stood for election to the JAAA’s Executive Board in 2012.