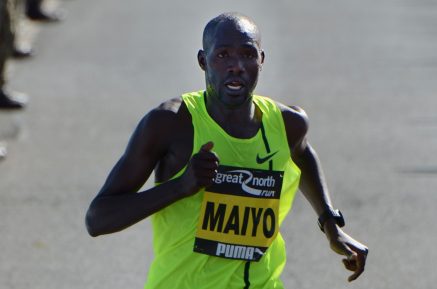 25th August 2019 – Since winning the Brighton Marathon in 2016, Duncan Maiyo (KEN) has been a consistent high performer without ever quite managing to get back on the top step of the podium.

Fourth in Eindhoven, third in Geneva, third in Cape Town, fourth in Rennes are amongst his results but finally on a humid Sunday morning in the high altitude of Mexico City, Duncan was able to taste victory again.

It was far from a conventional and straightforward win as he ran virtually the whole way on his own. For the first 30km in second place as fellow Kenyan Matthew Kisorio set the pace, but as Kisorio faded Duncan went straight past and soloed the last 10km to earn the title.

Passing halfway in around 64:30, he did slow in the second half but remained unchallenged as he crossed the line over three minutes clear in 2:12:50.