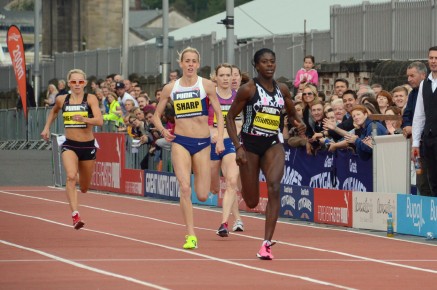 Chris Tomlinson (GBR) placed 3rd in the long jump with a best distance of 7.73m, Hellen Obiri (KEN) returning from illness placed 4th in the mile while Tom Lancashire (GBR) ran one of his best races of the year for 6th in the men’s mile.

The biggest cheer of the afternoon was for Andy Turner (GBR) who was running his last race before retirement. The 2010 European & Commonwealth 100mH Champion has been a great ambassador for British athletics in his 12 year international career. Andy placed 3rd in the 110mH today behind Dayron Robles and Will Sharman but ahead of World record holder Aries Merritt. A full photo gallery of Andy’s last race can be found on the PACE Sports Management Facebook page.